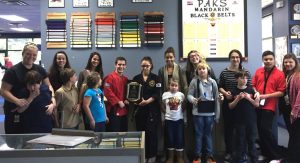 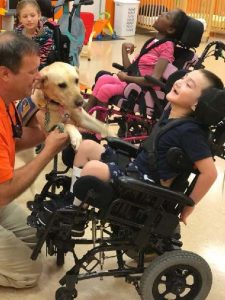 I spoke with Joni Hughes who is recent owner of a new PPEC in town “Jumpstart Pediatrics”. PPEC stands for Prescribed Pediatric Extended Care and is a daycare option for medically fragile children who would not be appropriate for typical daycare due to medical issues. In the past, parents working or in school often kept medically fragile children home with round the clock nursing care. Therapy was provided in outpatient locations or through Early Steps around the parent’s schedule.   Now more parents are learning about PPECs as an option for their child, and there are many more PPEC choices in Jacksonville. PPECs are staffed by skilled nurses who medically care for the children. Therapy is provided “in house” and includes PT, OT and ST as well as vision and hospital homebound schooling options. This cuts down on multiple additional appointments for the parents during the week and often fits their school/ work schedule better. Transportation is provided if needed, with buses or vans picking up the children in the morning and transporting them home. Medical personnel accompany the children on the bus rides to ensure their safety. Great Strides began staffing therapists at PPECs about 10 years ago, and has steadily grown with these companies. Joni responded to several questions about her experiences in this medical business.

What is your background medically?

“30 years of nursing, 20 of that in pediatrics, and most in critical care or home health. I have been involved in PPECs for 15 years.”

How did you decide to open a PPEC?

How long has Jumpstart been open and how many children can it serve?

“It’s been open since December of 2016 and we are can service 50 children here in the center. We are growing very quickly and we happy with how the community has received the center and services we provide.”

What services does GSR provide for your PPEC?

“Physical, occupational and speech therapy. When available, Jon has also sent a music therapist regularly which the children love and respond to significantly.”

How long have you been contracting with Jon Edenfield and GSR?

“I’ve worked with Jon for over 10 years providing therapeutic services to children in PPECs.”

What were you specifically wanting to do with Jumpstart to “set it apart?”

“I wanted it to be a bright, airy and kid friendly environment that would stimulate the children’s growth and development as well as provide for their medical needs. I wanted it to be a place where parents felt comfortable leaving their children for the day.”

What is the mission of your program?

“At JumpStart Pediatrics, we strive to provide compassionate, quality care in a professional, caring and friendly environment. Our goal is to partner with your family to ensure the highest level of physical, developmental and social growth your child can possible attain. We are committed to help make a difference in your child’s overall health and well-being as we also strive to make a difference in the community we serve.”

Tell me about your family, and what you like to do in your spare time.

“I’ve been married for 30 years, have 4 children and 4 beautiful grandchildren. Family is very important to me.

I like spending time with my husband, children and grandchildren, reading, volunteering in the community, and going to the beach.”

A vocational training program for older Great Stride students is currently being developed with several fine students currently taking part. Actually started last summer during summer camp with our older clients, Great Strides was looking to review clients’ skills, abilities, and interests during performing three types of jobs and their requirements which included:

The summer program helped guide the outline for our current vocational program as we flesh-out the details. Coordinated by Lauren Cricchio B.S., RBT, GS Associate Lead Therapist, she explains the purpose of the program,

“The program is not just to teach a certain job skill until proficiency has been met but also focuses on a comprehensive package for each individual on what skills are needed to be successful in a community job – self help, social skills, self advocacy, safety and time management.” After those stages have been taught and met the student will work on specific job areas that interest each individual. A win-win for student and partnering companies.

Great Strides appreciates Westminster Woods on Julington Creek, and Mama Fu’s on San Jose having graciously allowed Great Strides to work with them on potential future employment and great on-the-job training for our students.

We are always looking for new opportunities to provide our clients with many different employment choices throughout the community. If a company is interested in partnering with us, they should call the main office at 886-3228. 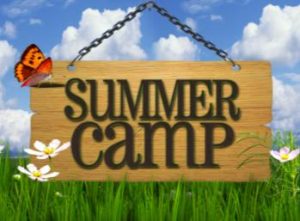 This year’s summer camp is an eight week program that runs from 9 am – 2 pm weekdays. Children can attend full time or part time (three days). Please note camp will be closed on July 4 due to the holiday.

Summer is a chance to play, rest and enjoy a change of pace. The shift in environment and pace can be more challenging for children with autism or other sensory processing disorders. A director of a resource center for autism shares some creative ideas for summer fun for kids on the spectrum or kids who are simply sensory sensitive.

Summer fun starts with embracing exploration with new sensory activities, which may help improve sensory processing while reducing stress. Get outdoors and pay close attention for signs of frustration or overstimulation so you’ll know when to take a break.

A farmer’s market may overwhelm some kids, but you can always bring summer fruits and vegetables home to try. Prepare them together in your kitchen or try campfire-style, explaining what to do step by step.
Sandboxes make for a wonderful sensory play. If you don’t have one, create your own sensory table or bucket with any large container (i.e. a small plastic pool, a large plastic storage bin) and fill it with sand or water. You can also include some natural elements to discover within it, like flower petals or small toys.

Consider sensory needs with swimwear and sunscreens. But soft fabrics and fragrance-free lotions or sprays. Apply before you leave the house for the day or start a new activity. If your child is sensitive to some of these safety measures, then try alternatives like sun hats, sunglasses or soft, sun-blocking shirts.

Schedule a time to safely swim together in a pool. Borrowing some time at a friend’s pool or scheduling private swimming time at a local pool (much like scheduling a private swim lesson) may help your child ease in and enjoy. Swimming helps with body awareness (if you want to get technical, we call this proprioception) and tactile input.

Build an obstacle course together in your yard or at a familiar playground.

Go to the play-ground and have fun.